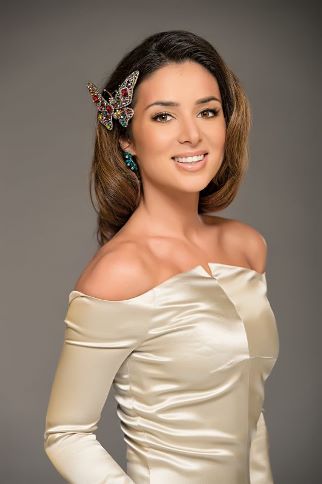 Zlata Ognevich is a very beloved celebrity in Ukraine. She is no stranger in the Eurovision Song Contest. Her first attempt was in 2010 where she finished fifth in the Ukrainian national final. Last year, Zlata took part in the Ukrainian national selection with her unique entry The Kukushka but came second. This year, Zlata Ognevich will have the honour to sing for her country in Malmö. She is looking forward to new experiences, new acquaintances, new emotions and feelings!

Zlata Ognevich was born in the city of Murmansk located in the extreme northwest part of Russia. Her father is a military doctor serving on submarine. Mother is a philologist, teacher of Russian language and literature.

Zlata’s life sharply changed when the family moved to Ukraine, a picturesque city of Crimean’s peninsula Sudak where the fresh marine breeze always walks by the walls of the grand Genoese fortress in the cosy bay. Since then two passions appeared in Zlata’s life the mountains and the sea. And a little bit later the third one music.

The elements of water and rock attracted Zlata from an her early age. She especially likes to swim and dive while raging storm at the sea. Being a kid, she frequently ran away from home, spending the hours in the rocky cliffs in order to sing, keenly listening to the mountains echoing her voice. Zlata liked the extreme from the childhood: diving into water, she vanished there for a long time; the maximum developing the ability to hold her breath that, however, became very useful for her: now she may sing in one breath 5-6 high notes of maximum length.

After finishing two schools, comprehensive and music ones, at the age of 18, Zlata went to Kyiv, where her professional singer career started. Here, at the R.M. Glier Kyiv State Higher Music College, she comprehended her pop vocal skills. Then she continued her studying in the Kyiv Institute of Music, but that time at the department of jazz.

In the race for success, Zlata gained an invaluable experience in The State Song and Dance Ensemble of the Armed Forces of Ukraine where she is still a solist.

To be a singer in Ukraine is not a unique profession. Without exaggeration you can say that almost everyone sings there. To become famous and show your talent is a very difficult task. But in Zlata’s occasion, the blood code worked: parental Serbian and maternal Italian roots. This cocktail showed the best merits of the singer: the Balkan unrestraint and sense of freedom, the Italian affectivity and beauty, the Ukrainian heartiness and tunefulness. And the severe northern land reflected in Zlata as an indomitable will and pursuit of goals.

Zlata has already five videos in her creative baggage. The numerous wins that she has gotten for the remarkably short period say about the incredible talent of the young singer:

Open, sensual, very hardworking Zlata is ready to spend lots of hours in the studio, where she loves to experiment. A huge part of Zlata Ognevichs success is her cooperation with a gifted composer and producer Mikhail Nekrasov and his team. Mikhail Nekrasov is like no one knows what it takes to succeed. That was the song Wild Dance arranged by Mikhail Nekrasov with ethnic music that greatly assisted the well-known Ukrainian singer Ruslana to win the 2004 Eurovision Song Contest.

About the specialty of her entry Gravity, Zlata says: “The most special is the song itself. We’d like to bring the idea that life is fragile and there’re a lot of things making us feel the weight of responsibilities. But one should always find strength in oneself to open the wings and soar, overcoming the difficulties. We’d like not to disclose the performance, it is under a painstaking work process now, but the efforts of the team are being made to make it interesting”.

Zlata gets her inspiration in travelling, in human spirit, in interesting acquaintances. She adores nature. At her leisure she cycles, jogs in her favorite park with a small lake, sit with her friends on the highest bridge and lights sky lanterns.

Zlata has a special message for all her fans: “Love more, laugh more, open your heart and have no fears!”