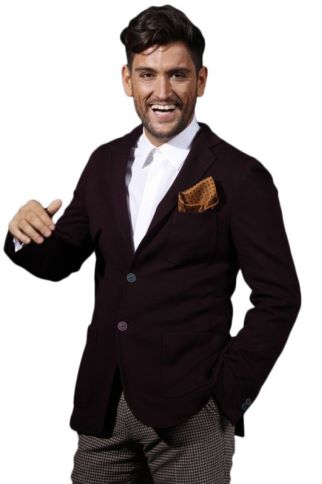 Cezar is considered as one of the most talented contratenors of his generation, due to his ambitious and special vocal techniques. Cezar’s unmistakable sound led his fans add The Voice to his name. He represents Romania in Eurovision Song Contest 2013, in Malmö, with the song It’s My Life, music and lyrics by Cristian Faur.

He participated to many master classes with prestigious names of the music world, such as: Viorica Cortez, Jordi Savall, Sara Mingardo, Bobby McFerrin, Magda Olivero. Cezar is often invited to sing in the most important festivals and on well-known stages in the country as well as in Europe. He performed next to famous conductors like Fabio Biondi, Alan Curtis, Corrado Rovaris, Emanuelle Villaume, Ottavio Dantone, Diego Fasolis, Jean-Christophe Spinosi, Werner Ehrhardt, George Petrou, Sergio Ciomei, Sergio Azzolini, Nicolae Moldoveanu, Vlad Conta and Ketil Haugsand. His repertoire is very large, starting with vocal-symphonic music and up to a great variety of opera roles that he plays on the biggest stages in the world.

Born in 1980 la Ploieşti, Romania, in a family of musicians, Cezar Ouatu started studying piano when he was six and graduated the piano and choir classes at Carmen Sylva Art High school, in his native town. In 1998 he started studying canto and baroque music and soon became well-known, due to his voice, natural legerity and less common vocal limits.

In 2001 he was accepted in Giuseppe Verdi Music Academy in Milano and in 2004 he graduated with maximum grades on the final exam at one of the most prestigious music academies in Europe. His first pop-opera single Cinema Paradiso was released on Christmas Eve, in 2012. For 2013, Cezar has already planned two international duets, with Andrea Bocelli and Angela Gherorghiu, as well as a single written especially for him by the legend of electronic music, Vangelis. Presently, Cezar works at his first pop-opera album The Voice, dedicated to love.

It’s My Life is the second Eurovision entry for Cristian Faur, the Romanian composer and writer. His first one proved to be a successful choice, as he was the first Romanian composer whose song entered the Top 3 in the Eurovision final – that was in 2005, when Luminiţa Anghel Sistem’s Let Me Try was highly appreciated by the public and jury.

Cezar – Its My Life