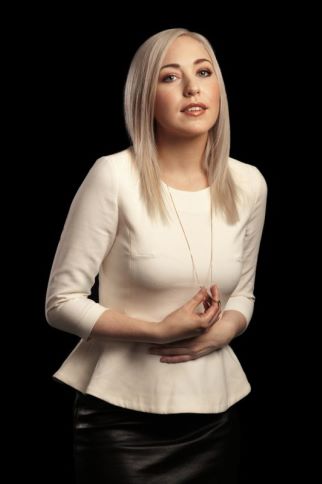 I Feed You My Love

Norwegian singer/songwriter Margaret Berger feeds us her heart, soul and individuality. Her aptly titled, Grand Prix winning song I Feed You My Love, coinciding with her undeniable stage presence and intoxicating vocals in Oslo February 9, is already making huge waves beyond her mother country, across Europe, U.S. and on the web worldwide. So strong the waves, that the masses and critics alike are tipping Berger and Norway the 2013 Eurovision Song Contest winners in May 2013.

Its not difficult to understand why. Margaret embodies all the essential ingredients for a worldwide super star, one with the real possibility of a colorful career in front of her, the kind of potential longevity rare in the current popular music climate. With classic beauty, songs, the elusive “x-factor”, and an indescribable aura in the mix, this artist is being likened to a captivating blend of her Nordic female counterparts like Björk and The Knife with the delicious, all-important essential of strong, timeless electro-pop songs in her back pocket to substantiate comparisons with these iconic idols.

Of course, this Trondheim born “overnight sensation” has been a work in progress ever since she was 5 years old, as an artist and songwriter in her own right. Behind this schooled musician and artist is a paradox: a person so unique and yet so relatable. Now at 27 years of age, her time in the music business to date is already interesting, successful and not without its heart-breaking setbacks. In 2004, at the young age of 18, she was voted runners-up in Norway Idol, released her debut album Chameleon and was nominated for a Norwegian Grammy as best newcomer. In 2005, Berger won the Norwegian Grammy award for the engaging and somewhat controversial video of her single Lifetime Guarantee and in 2006, her critically acclaimed, much loved Pretty Scary Silver Fairy album, did not reach the commercial heights she had hoped for. But Berger was onto something bigger and unbeknown to herself, was creating a popular “brand”, from which she is now enjoying the fruits of through fashion projects, DJ-ing and being a unmistakable presence and name in the Norwegian underground electro scene. Margaret can even admit herself that shes always played life in a quirky way and has always made a statement not by meaning to, but by simply being who she is. So perhaps who she really is, is a perfect marriage of contrasts, and by no accident, describes her music in the same fashion: edgy but beautiful, tough and playful, experimental but grounded, layered and authentic.

Margaret Berger – I Feed You My Love