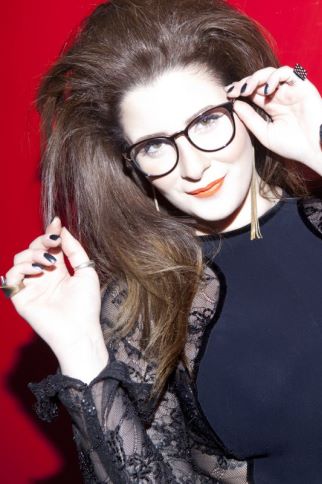 Moran Mazor, 21 years old from Israel, will represent her country at the 2013 Eurovision Song Contest in Malmö with the ballad Rak Bishvilo. She tells to us her own story.

I was born and grew up in Holon a suburb next to Tel Aviv.
40 years ago my parents migrated to Israel from Georgia, my family and myself love the Georgian culture and language. I am the eldest daughter to my parents Nana and Rafi and then came to the world my two little brothers, Eliad and Ohad. At the age of four I started learning classical piano and continued until the age of 18.

After a full year at the military service I went for auditions for the first season of the program Eyal Golan is calling you a reality TV show that discovers talents, where I won first place. Then I started working on my first album along with Eyal Golan, and I accompanied him on a special tour across Israel with my original songs.

Recently I was chosen to represent Israel in the Eurovision Song Contest in Malmö and now my first album is coming out which I am very proud of. The last few months were very successful and exciting for me! For me to take part in this amazing Eurovision Song Contest is a dream come true. I am proud to represent Israel and I am sure I will bring honor to my country, family and friends.