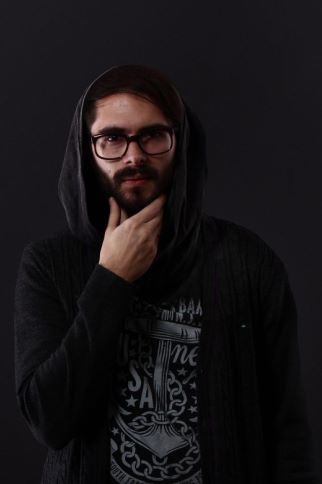 The success in the Hungarian national selection A Dal came totally out of the blue for ByeAlex. With his gentle song Kedvesem, he instantly conquered the hearts of the TV viewers, putting him in front of the biggest talent show stars in the final televote.

Alex Márta, alias ByeAlex, is a 29 years old guy from a small town called Fényeslitke in the Eastern part of Hungary. In his everyday life he works as a journalist: he is editor at Tattoo Magazine and holds a masters degree in philosophy, which has always been an intriguing subject to him, next to this passion for music.

Alex made first attempts to write songs when he was a teenager. When he finished high-school, he formed a band called Love Story Bar, which did not get too far though. His first success as musician came after his university graduation: his first single Csókolom! was regularly played by national music channels, followed by his next singles Láttamoztam and Messziről which was a joint composition with radio listeners.

The story of ByeAlex becoming the representative of Hungary in the 2013 Eurovision Song Contest is quite unusual yet simple: it was a „veni, vidi, vici” phenomenon. ByeAlex never thought that it could happen. He did not even want to enter his song for the contest, his managers did it for him. He thought that he didnt have enough stage experience needed for such a show. But it seems like his performance clicked with the audience, their votes got him through from the heats to the semi-finals, to the final and to victory with a persuasive majority of 40%, overtaking well-known talent show stars.

ByeAlex says he still can’t fully comprehend what he got himself into. There has never been a Hungarian Eurovision entry which caused such a stir. While some of the Hungarian celebrities made one nasty remark after another publicly, the supporters of Alex celebrated the values he and his song Kedvesem stand for. A pure and honest song about love, sung by a humble, intelligent, sensible man.

ByeAlex is determined to perform Kedvesem in Hungarian. He believes that the people who have voted for him throughout the show would take it as an insult if he didnt. The version of the song which won the Hungarian national selection show A Dal and which he will sing in Malmö is a remix by the Hungarian producer and DJ Zoohacker.