An emotional Farid thanked everyone who helped along the way, particularly his family. “My grandfather always told me that only hard work and dedication can bring you to success, and his words echoed in my ears as the results were tabulated,” Farid said after the Grand Final from Malmo, Sweden.

Farid was the last announced representative of the 39 participating countries, having been presented only in the middle of March. At that time the professional bookmakers had already chosen their Eurovision favorites. And, until his first dress rehearsal in Malmo, Farid was the dark horse of Eurovision 2013. 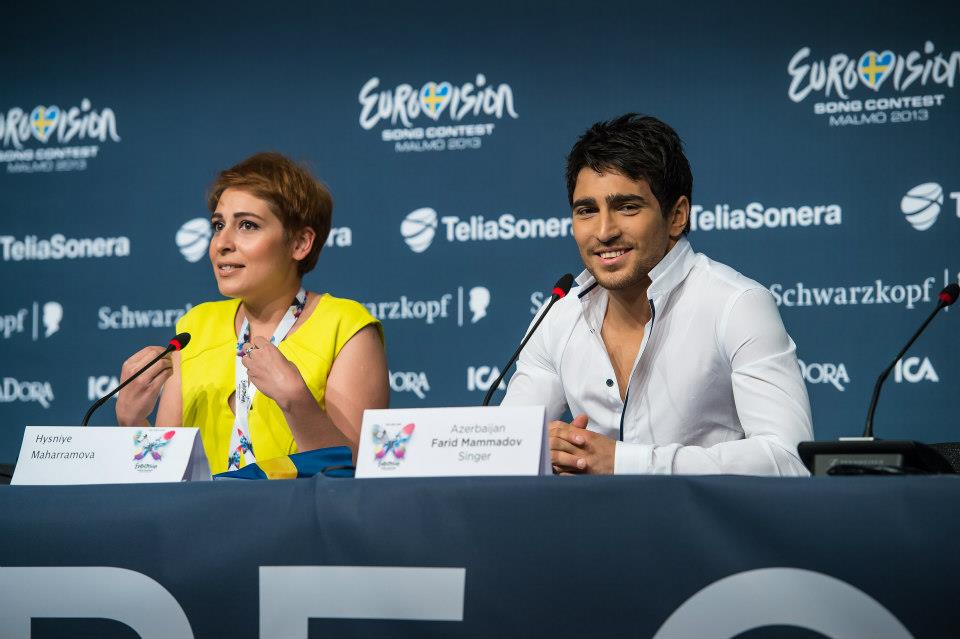 When the public and the media saw the beautiful yet minimalistic staging created by Fokas Evangelinos chances of winning skyrocketed from 13th in the standings to the top five, according to world’s most reputable online betting William Hill.

Farid’s show combined the simple elements of two dancers, a large glass box and a dress that included a 20-meter train into a stunning show for a great song and a dedicated and talented singer.

Since that time Farid’s Eurovision journey was crowned by successes along the way. His ebullient personality, his natural good looks and his immense drive for success led to Farid jumping to the top in many polls, particularly after his stunning success as the top winner of Semi Final 2 on ESC Today, as a top 3 finalists on Wiwibloggs and in some other media covering Eurovision. Moreover, Farid’s strongly masculine good looks brought him victory in the Eurovision Next Male Top Model poll even before the Grand Final. 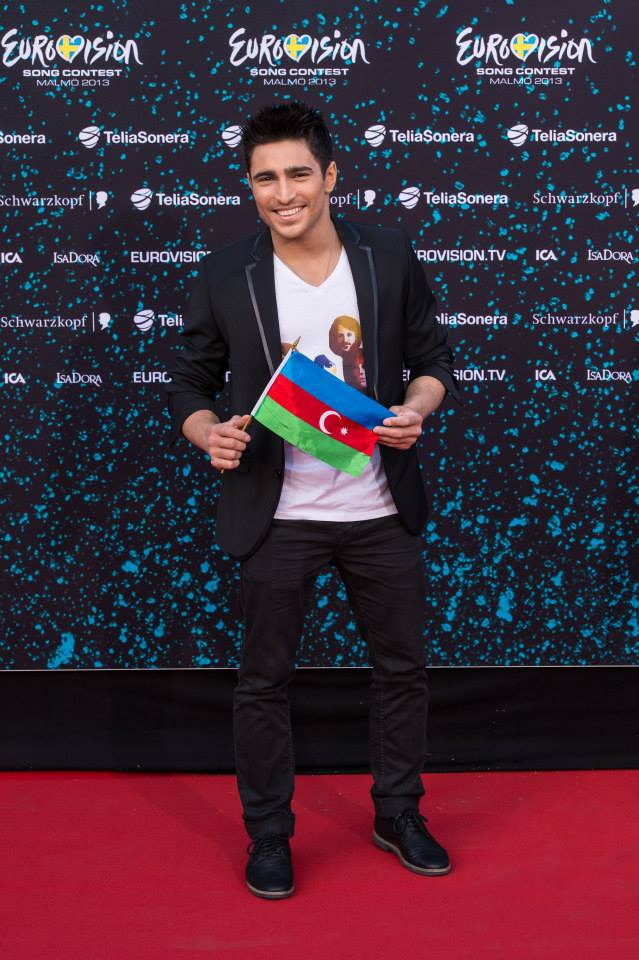 European media recognized Farid for his talent and performance:

Even other more experienced competitors spoke highly about his talent and powerful performance during rehearsals in Malmo. “He’s just beautiful, he sings beautifully and is just lovely”, said UK’s entry Bonnie Tyler after meeting Azerbaijani singer. “Farid has just a great song and a great voice.”

After several years of honing his skills and gaining experience through work with regional groups, Farid’s big breakthrough came when he performed on Azerbaijan’s top-rated talent show, The Big Stage, which gave him exposure to some of Europe’s top songwriters and producers. It was here that Farid met the highly respected Greek composer, Dimitris Kostopoulos, who was so impressed with the young singer’s talent and potential that he wrote Hold Me, especially for Farid.

Minutes before the Grand Final of the Eurovision Song Contest 2013 Farid won Marcel Bezencon Award as the best artists of Eurovision 2013. The award was given to the best artist and performance as it was voted on by Eurovision commentators from 39 countries.

Farid began his pursuit of a singing career when he was only eight years old, reaching for success by trying his hand at genres as disparate as Azerbaijan’s traditional Mugham style and American soul music. Farid’s parents not only supported Farid’s intense interest and involvement with music but also provided the impetus for his dedication to a very active and healthy lifestyle.

Azerbaijan entered the Eurovision Song Contest in 2008 and since then has always finished in the top 8 places. In 2009 the country took third place, in 2010 fifth and won the contest with Ell/Nikki duet in 2011. Last year Azerbaijan’s entry Sabina Babayeva finished with powerful ballad When the Music Dies at the fourth place. Farid Mammadov secured 2nd place for Azerbaijan in the Eurovision Song Contest 2013 with his song Hold Me.