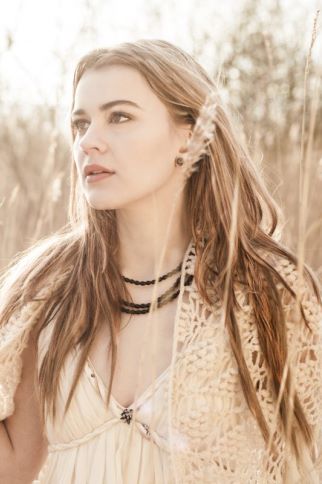 Emmelie de Forest is just 19 years old but has quite an impressive story to her name already. On the14th of May, Emmelie de Forest will fly the Danish flag in the first semifinal of the Eurovision Song Contest 2013.

Growing up in the town of Mariager in the North Denmark region, Emmelie started singing professionally from an early age. Since she was 14, she has been touring all over Denmark with the Scottish musician Fraser Neill, performing both own songs and folk/blues-versions of hits from e.g. Nirvana and Johnny Cash. An important part of Emmelie’s stage performance has always been her footwear or the lack of it.

I have always preferred singing without wearing high heels or shoes. Being barefoot makes me feel closer to the ground, the earth and makes me feel more relaxed, Emmelie says.

Royal roots: Emmelie is very much down to earth, despite her family tree. She is the great-grandchild of none other than Queen Victoria of the United Kingdom. Her son, Edward VII, had many children outside marriage. One of them was my grandfather, whom he had with an Austrian princess of the Habsburg family. My grandmother descends from old Swedish nobility, so thanks to that link, I have spent much of my childhood in Stockholm, where my brothers and sisters still live. I see Sweden as my second home, Emmelie explains.

Now based in Copenhagen, Emmelie only has to cross Øresund to enter the stage at Eurovision Song Contest with her song Only Teardrops, which won an impressive victory in the Danish national final, gaining 50 percent of the televotes in the finale. As soon as I heard the song, I fell in love with it. It has a melancholic feeling to it, and it is about war and peace, both in a relationship and in the world as a whole. I believe these are issues that people all over the world can relate to, she says.

Lise Cabble is a Danish songwriter and used to be the songwriter and lead singer in the former girl band Miss B. Haven. She has had 12 songs in the national Grand Prix and has won it 3 times. The latest one was this year with Only Teardrops performed by Emmelie de Forest. First time in 1995 with the popular song Fra Mols til Skagen. Second time in 2011 with the song New Tomorrow. Both songs went Top 5 in the Eurovision.